Congratulations to our Graduating Seniors - 2017

Husky Rugby is only losing one senior in 2019 – The club owes its gratitude to Jack Cannon for his exceptional leadership on and off the field. Our young and relatively inexperienced team had an uphill battle this year, but by the end of the season beat a team who we had previously lost to by a significant margin. With much to learn, the boys continued into the post season following the NCRC 7’s, playing 10’s and finishing with a friendly 15’s game against the Eastside Axemen. Eastside, short on numbers, recruited some of the Seattle Saracens to fill out their roster. The Huskies were able to disrupt their opponents on defense, and began to implement the game strategy we’ve been developing over the last two months. The game was back and forth, with tries by Dakota Roberts, Min Yang, Jacob Pati, Nuki Makasini, and Thomas Janicke. Kicks by Min and Jack Cannon. Congrats to Min as he moves on to Boston College next year - way to go out with a bang!

Husky Rugby Welcomes Coaches Will Wheaton, David Carpenter, and Michael Hoff. Tyler Siceloff spent a year as Huskies HC before moving on to other pursuits – thank you for your contribution Tyler! Will Wheaton joined the club in Fall 2018 and is now acting Head Coach and has brought in guest coaches Mona Fale Sa’u (Saracens) and Ryan “Kirk” Youngman (Husky Alumni, Saracens, and now a signed Seattle Seawolves player). We’ve also had guest coaches from the Seattle Seawolves JP Smith: Scrum/Fly half, and Brad Tucker: Flanker. It’s exciting times with the Seawolves success and rugby growth in Seattle and the region. We have also secured two additional assistant coaches for the Fall: David Carpenter (UW Attack Coach 1984-1991), and Michael Hoff, Forwards Coach. We also anticipate continued assistance from forwards coaches Louie Henson (Saracens/Seawolves) and Henry Hall (Saracens), and thank them for their help so far. The current squad of Huskies is young and motivated to learn, and each session with the guest coaches has had a noticeable impact on the subsequent games.

Born and raised in Seattle, Tyler Siceloff learned his rugby on Vancouver Island playing for his school Brentwood College School , and rugby club Cowichan RFC.   After high school Tyler then went across the pond to earn his B.Sc. at the University of Bristol (UK) where he played fullback on the Varsity 1st XV. While at university Tyler earned 6 caps and 15 appearances with the U19 and U20 USA Eagles and a tier 1 Junior World Championship tournament in Wales in 2008.   Post university Tyler retunred to North America playing for Castaway Wanderers in Victoria (BC Champs 2012) and Seattle Rugby/OPSB, Tyler shifted to coaching due to a knee injury and has never stopped. He is proud to contribute to the great UW Rugby traditions and provide an atmosphere that is enjoyable and promotes a skilled and creative style of play.

Pool B:
Gonzaga University
Washington State University
University of Idaho
Eastern Washington University
The top 3 Pool A teams and top 1 Pool B team advance to the semi-finals competing for a shot at the NCRC Championship.
View All | RSS

After a shortened season in Spring 2020, the team continued with virtual meetings and an S&C program through the summer, which increased in frequency and intensity in the Fall/Winter to include:

We have learned a lot and will be better equipped to leverage technology moving forward, and the players are chomping at the bit to get back on the field!

Spring quarter we will continue to stay in shape, build strength, and increase our rugby IQs. Looking forward to the 2021 Fall Season! 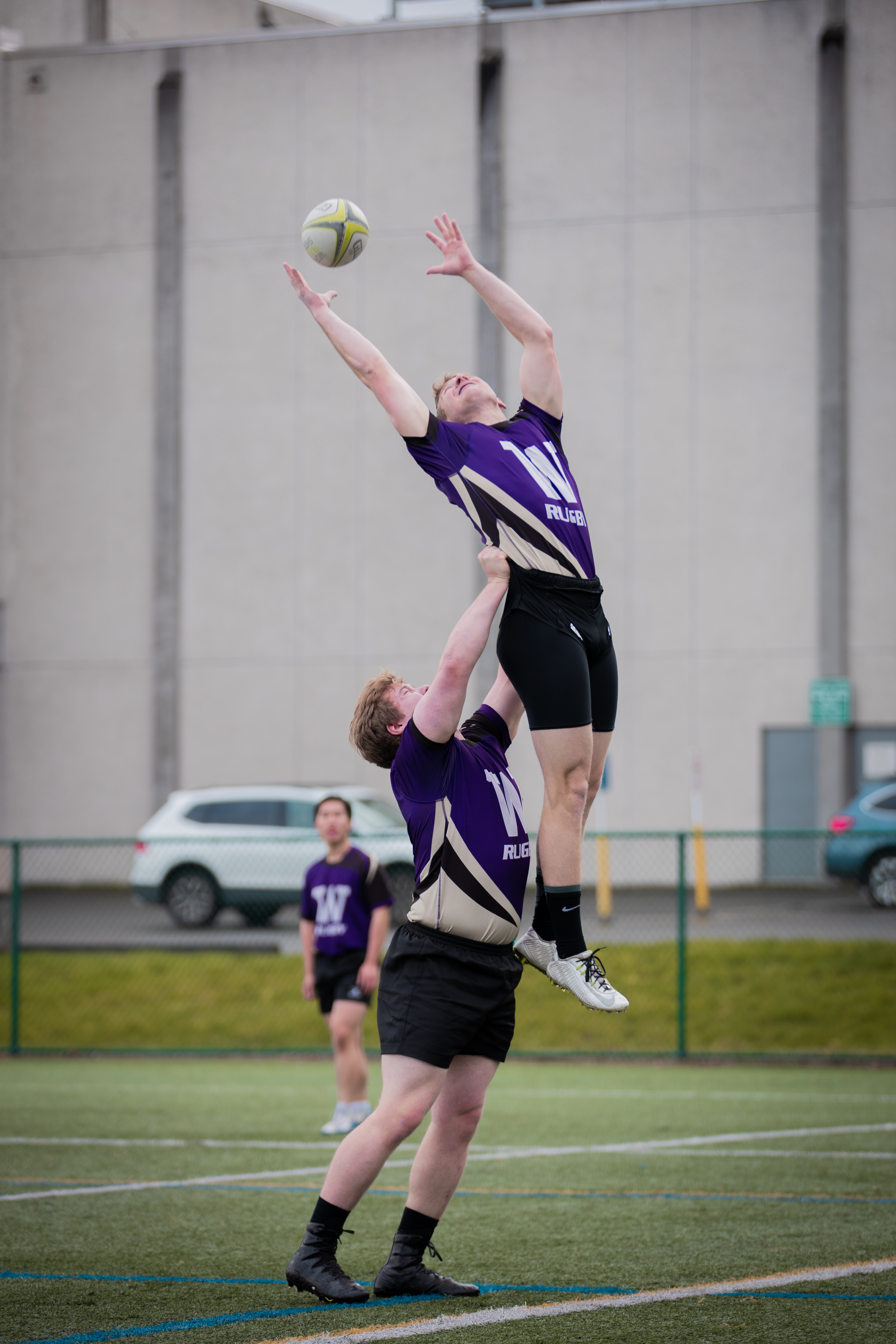 The NCRC has postponed and has a tentative season scheduled for January 2021.

In the meantime, JOIN US, and learn rugby during the Fall to be ready to play in league games in the Winter and Spring.

It's time to get outside, be social, and elevate your Strength, Fitness, and athletic Prowess!